Make a cake that's out of this galaxy when you select Star Wars as your theme. Whether it's for a birthday party, movie viewing party, or costume party, you have plenty of options for decorating an out-of-this-world cake.

This character cake utilizes pre-made pieces to create a cake worthy of the Force. Start with a stacked four-tier cake that's frosted in buttercream. Then, follow these easy instructions:

BB-8 is a favorite character from recent Star Wars movies. This cake capitalizes on his orange hardware. 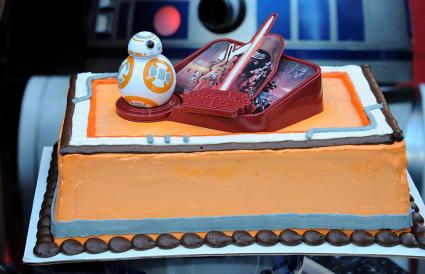 Darth Vader is the villan fans love, so it's only natural to choose him for your cake topper. You'll need a ruler to complete this cake to ensure the border on the top looks just right. 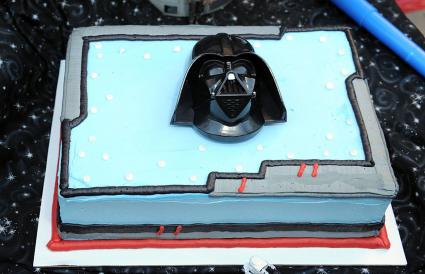 Star Wars cakes can take on any design you desire. From the original three movies to the new modern continuations of the storyline, you're sure to come up with a great idea for decorating your cake. A few more options include:

A Cake for Any Fan

With so many Star Wars characters and movie themes to choose from, you're sure to come upon a cake design that works for any fan of the series. Use toppers and patterns to create the complicated characters, and you'll have a great looking option for any Jedi!