Forget Christmas cookies - bring on the Christmas cupcakes instead! Getting together with family, friends, and kids around the holiday season is a great excuse to be creative with the combination of cake, frosting, and decoration that cupcakes require. As long as you keep them in the pan or transfer them to a carrying case, cupcakes also make a fun addition to holiday cookie exchanges.

Embrace the chilly white stuff and show how pretty it can be by using it in your cupcake decorations.

Snowflake cupcakes are elegant and refined. To make them:

If you want to add a little color to your cupcakes, use blue, red, green, or periwinkle frosting below the sparkling snowflake decoration.

Snowmen are a classic holiday theme and also one of the simplest for Christmas cupcake decoration. 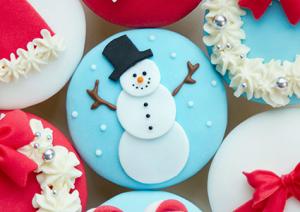 Try stacking cupcakes to create a larger snowman! For each snowman, you'll need two regular-sized cupcakes and one mini cupcake.

If you don't have dowels and want to keep your cupcakes wrapped, you can also make snowmen by just laying cupcakes next to one another. 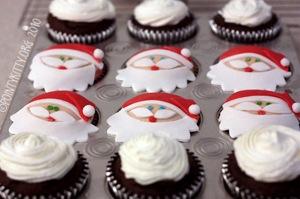 There are lots of additional fun ways to create the big, jolly man on cupcakes: 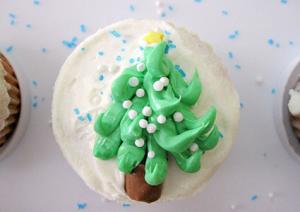 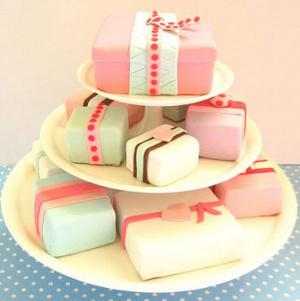 These little cupcakes would be fun to spread out around the sides of a larger, tree-shaped cake.

Basic designs might be enough to get you started, but the real fun begins when you're comfortable deviating from the norm and trying new ideas. To start your brainstorming session, try looking at a series of Christmas cupcake pictures and picking out those you like best. 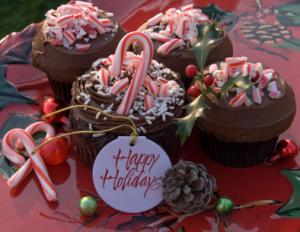 If you want to decorate Christmas cupcakes with your kids or with friends who don't have a lot of cake decorating experience, it's a good idea to keep things fairly simple. Remember, the memory of decorating cupcakes together is more important than having them look like they came from a fancy bakery.